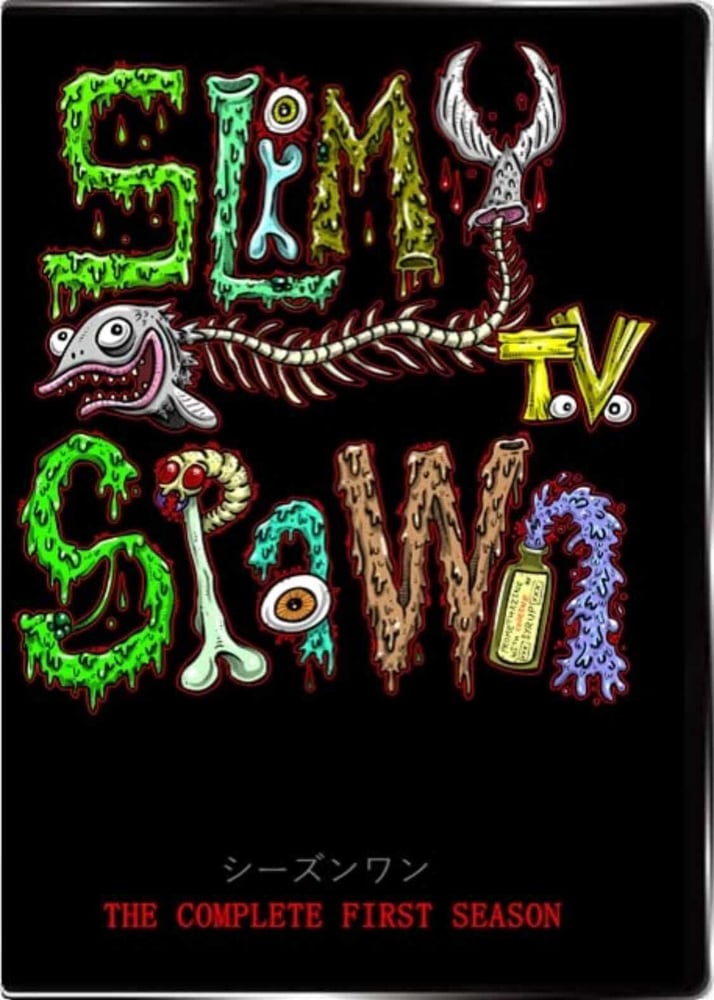 "Satirical, experimental, and chaotic are the best ways I can describe the WTF opus by Father Seahorse that he calls Slimy Spawn TV: Are You Happy With Your Life? From the moment you press play, you will be inundated with VHS-style art, imagery, and sketches. Everything moves at a rapid pace with just brief moments of quiet intended to give you a break, only for the feature to then offend you instantly.

After watching Slimy Spawn TV: Are You Happy With Your Life?, I would liken it to Pee-wee Herman’s psychedelic nightmare as he’s coming down off a meth high. Of course, describing the experience is a challenge, but the film is a series of sketches and clips fired at a quick pace. A lot of it comes across like Terry Gilliam meets punk with abstract video clips pieced together to create odd animations and pseudo music videos.

“…Pee-wee Herman’s psychedelic nightmare as he’s coming down off a meth high.”

Slimy Spawn TV: Are You Happy With Your Life? also features a few Jackass-type bits where the cast roams the streets, creating incredibly uncomfortable moments on an unsuspecting public. Running the show is Father Seahorse, a guy dressed in a cheap yellow seahorse costume. At one point, he performs at an open mic night in Cleveland, and his entire act is his attempt to vomit or dry heave into a bucket and refuses to stop until the audience demands it to end and has security kick him to the curb. Then, one of his cohorts lands himself on a local radio program and, near the end of the interview, begins to drop the n-word casually. Of course, the radio host will have nothing of it and is visibly shaken. Oh, there’s more, and it’s cringy and creepy.

Slimy Spawn TV: Are You Happy With Your Life embraces the adage that it doesn’t matter that everyone gets it, but that the right people do. Offensive can be fun." - Film Threat